Just what I needed, a fun, money making, crazy time, followed by a national holiday for rest. Seriously... what could be better than that? I had so much fun seeing people who I hadn't seen since, it seems like forever and we laughed and talked and laughed and laughed, well you get the idea.

When I'm packing for a show I'm thinking, this is the worst, worst, worst job in the world. Nothing could be as miserable as this, why do I buy such heavy things??? Why don't I finish one thing before I start another?? Why is nothing finished??? Why do I have soooo much stuff??? Why don't I have an assistant to do this??? Why won't all of this fit in the truck? What should I take? What should I leave??? On and on and on these questions and others like them are going around and around and around in my head.

Finally, I'm on my way and all those questions are irrelevant and long forgotten. I'm on the road again and what fun will I be having. It is so worth it, who cares that I haven't slept for who knows how long? Who cares that the shop and house are left in shambles?? I'm so out of there, I'm off for a good time.

Naturally this euphoric feeling is super intense at the start of the season and starts to wane about October... Truthfully it goes away Sunday afternoon when it is time to repack all those heavy, bulky items that I either didn't sell or found to buy. I'm just a wee little tired exhausted and what did I think was so fun about all this???

Good thing I often experience short term memory loss, because the next show is in 2 weeks. I suppose one could compare this to childbirth, otherwise the world would be full of only children. I must have a severe case as I have 4 children...and I'M ALREADY LOOKING FORWARD TO THE NEXT SHOW!!

This was my sister Terri's first show as a vendor, we had the greatest time. She has helped me lots of times so she knew what to do and how to do it. She had a great experience and it looked for a while that she was going to out sell me, the seasoned professional, thankfully while I was off having a little break she made the largest sale I had of the weekend, for me and I came out ahead! Whew, that was a close one!! 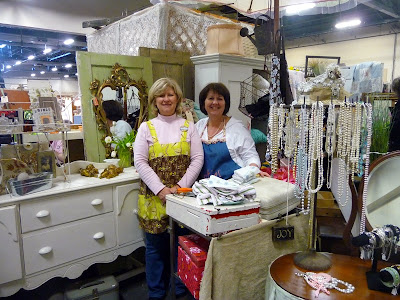 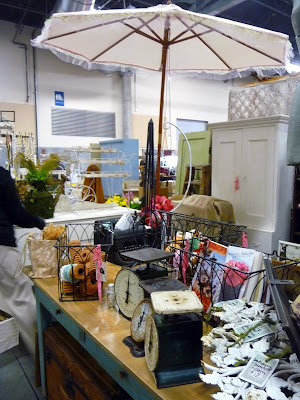 We were on one end of the building and Cindy, Queen of Tarte and the Barn House Boys were on the other. We had hoped to all be together, but we were late signing up so we felt lucky to have 2 spots next to each other let alone 4. I'm sure it was coincidence that we were on opposite ends of the building, the show directors wouldn't purposely separate us too keep us from have just way too much fun. Little did they know we would spend the night with them 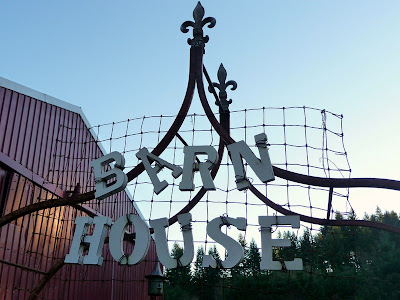 and YES, we had the noisy good time you would expect. I either laughed too much or talked to loud, but I had the worst sore throat, and was sooo tired the next morning. (But it was worth it!!)

Joe and Jermonne are such gracious hosts. All kinds of bizarre things were happening around us but they just kept getting funnier, and the sharing kept getting a little more outrageous as the night wore on.
What delicious food they served, have you tried these? 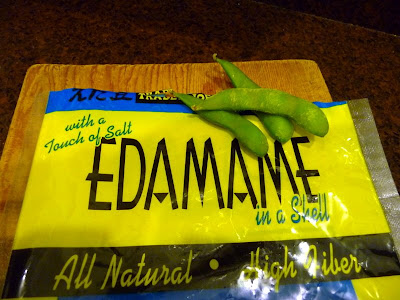 Who would have guessed that soybeans would be that yummy? 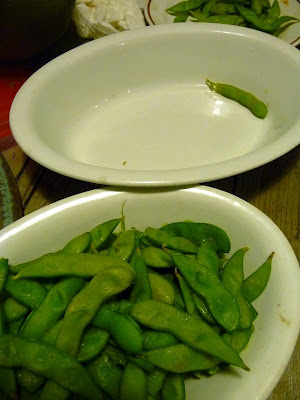 I enjoyed seeing my friend Lisa from Tri Cities at the show, 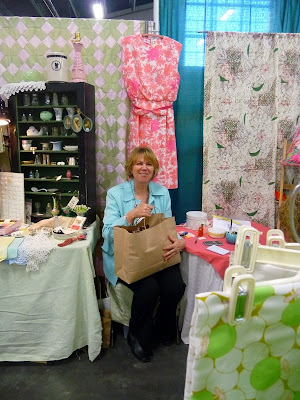 I met her at this show 3 years ago and we have seen each other at several shows since then. I got the most beautiful wallpaper from her, a faded red toile that is going to cover a screen one day.
Here is Sylvi shopping at Joe and Cindy's booth. 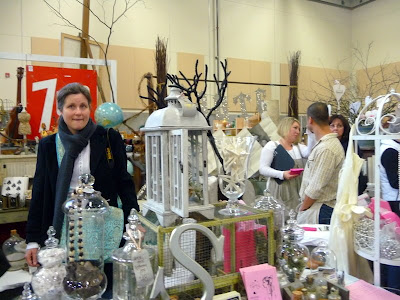 I said goodbye to this little lady as she was leaving for a new home. 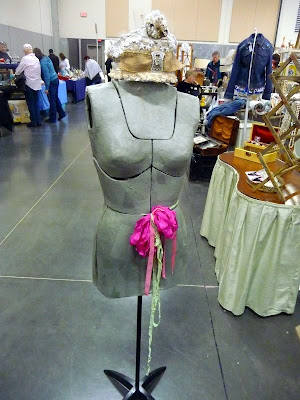 If you missed this show you might want to put it on the calendar for next year. It was a nice show, not too big not too small, not too far from home, and just what we needed to get the ball rolling in the new year.