I had been looking forward to heading back to Farm Chicks since last year when we left. There was the usual commotion and confusion getting ready and with a few new ones added on I am having trouble believing its come and gone.
If not for the pictures it would seem unbelievable.
Here is the general idea of how I had intended to arrange the booth. I do think it is worth it for me to have a vague idea of where things will go before I get there, otherwise it is really tense as I have the driver/loader moving things in a dozen places until I like it...

During the final hour of packing, just to add a little excitement to the ordeal, Sam swallowed a penny... yes he's 7 almost 8 why would he have a penny in his mouth? Did I forget to feed him dinner, maybe I never told him how dirty money is...? Who knows but later he told me, "I thought it was the end of my life.." He is just a little on the dramatic side, so like his father...
I'm getting a little too old for this much excitement...
Never the less we did eventually make it to Spokane and who were the first people we would see? Could this be the Boys from Barn House??? What is all that on top of their car??? You don't suppose they shopped along the route? 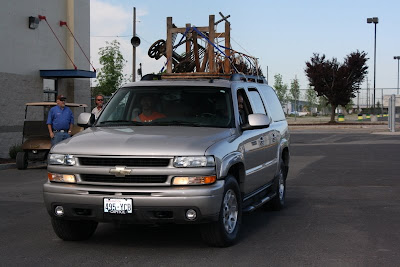 Sam ready to help, prepared for anything... with a hard hat, a badge, and an extra penny why wouldn't he be a big help?? 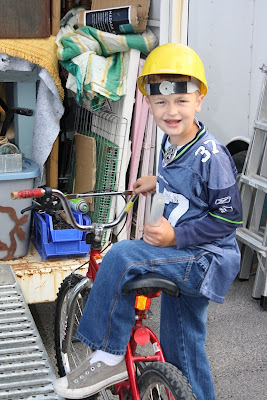 Cindy is also there, ready to help even if she has to climb to the top of the shelf... 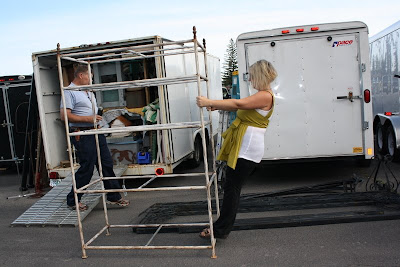 An Dave in the back ground getting things organized.
And Joe he too is ready !The brawn of Bella Shabby... Where is Sue??? 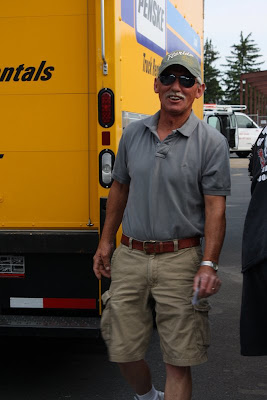 There is "B" King of Tarte! 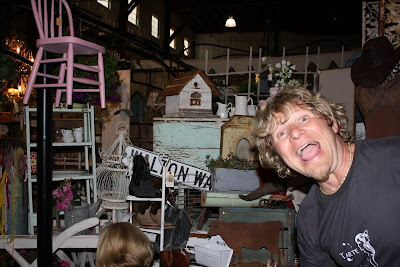 All set ready to go! 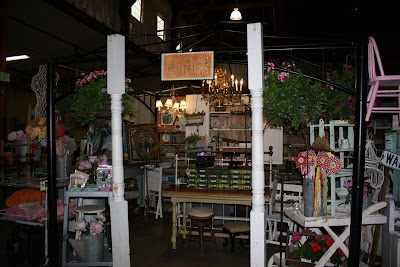 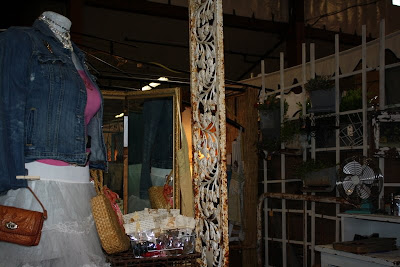 What a wonderful time we had a the afterparty hosted by Tarte, the Barn House Boys and Celeste of Chaps. 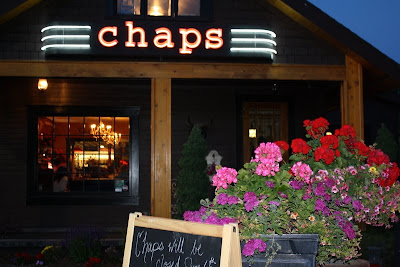 If it looks dark outside, its because I had to have a wee little nap before I could party with the younguns.. 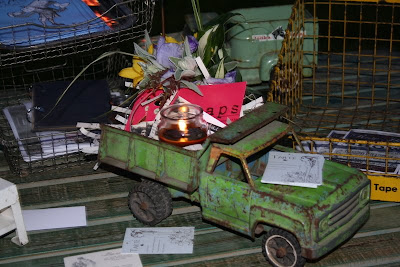 I can't imagine a more adorable restaurant, or proprietor Celeste, shown here with Joe from the BH... 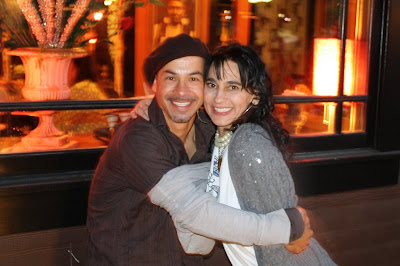 They look like they could be brother and sister.. 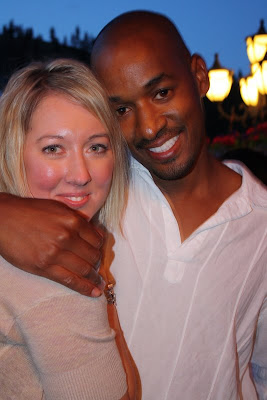 Not to be ignored in the oh so adorable category...The Queen Tarte and Jermonne the other Barn Boy.
If your in the Spokane area, be sure to have a meal at Chaps what a fun place!
Thanks for the treat! 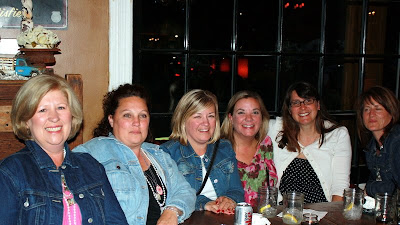 Talk about adorable and fun...My sister Terri, Timi, her friends that shall remain nameless (since I'm not sure which is which) and Isabel. We had a great time listening to Isabel 's spicy
jokes and Timi and friends spicy escapades....
What a group!
Every year I am amazed at the incredible job Teri and Serena do putting this show together, no detail is left undone. There are so many fabulous vendors, so many wonderful shoppers and so much positive energy floating through the place, it is sad to have it over. The anticipation, the lack of sleep and amount of hours put into preparation all combined have left me with a surreal feeling, was I really there? Am I home?? Where did this laundry come from? Why is my trailer empty??
I need to check out the blogs of the other vendors and shoppers, read the reports and get myself grounded, it was a whirlwind of FUN!
Posted by Auntie Joy at 9:05 PM