Why do we go on vacation??

Goodness, how did I forget, if you take 2 weeks off you have 2 extra weeks of work waiting for you when you get back?? That in my case, should have been done at least a month ago.. But seriously what can you do?? Probably better start with the mountain of laundry, then clean the house and shop, because you can be certain I didn’t get to that before we left. Those cleaning fairies didn’t come while I was gone, however it looks like the dust bunnies had a family reunion.
We got back Thursday morning about 8am, that was not a minute too soon because Friday at 5am I had to have my stuff downtown Silverton ready for the sale.

Help !! They unloaded and made put lunches together... 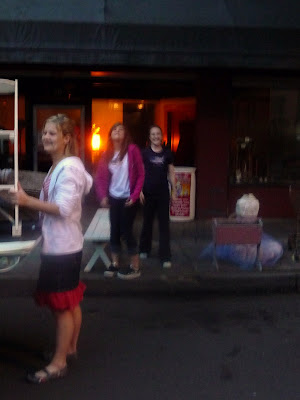 I did need to do a few things, as I was making lunches for 50, and had a few (million) other things on my too do list.
The sale, Old Stuff on Main Street was so much fun. Here's some pictures of my friends that were in the sale. I am in a hurry or I would link them, hope to get to that later...

Stephanie and Brandi, is that man carrying an axe??? 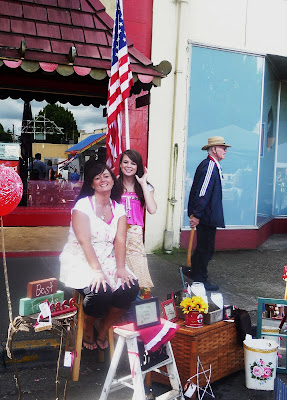 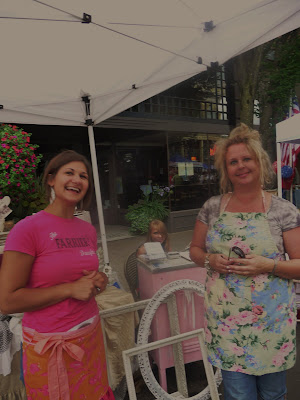 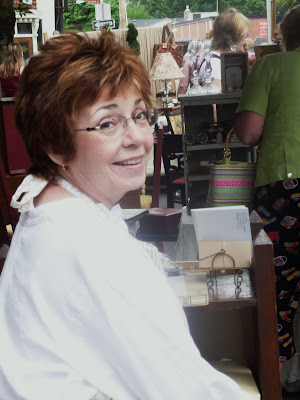 This is Laurena and Jason's booth, they are so cute, I should have gotten a picture of them... 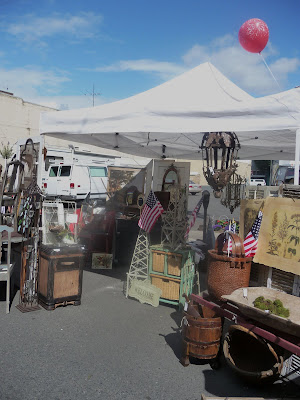 It was too bad I had to hide every time I saw someone on my email list… Hopefully you aren’t one of them, most got 3 or maybe 4 emails about the sale. Well, they were suppose to be about the sale, unfortunately some just had my name… (that was too bad, I should have used and alias..) Some never actually went at all (thank goodness), some had the attachment but it was the size of Texas… My favorite one is where I was trying to send a blind copy, where I thought the person it was going to, would be on the to: spot… evidently there is something I’m suppose to do to make that happen, so MANY people thought they were getting someone else’s mail… Evidently they read it, because we had a great turn out…
All that business with the emails would have been bad enough, but I also sent postcards to my customers in addition to the email… Well, some got duplicates, and some got triplicates!! When people told me that (before I was in hiding) I told them that meant we really, really wanted them to come. Not that it means if you got an email with out a message we didn’t want you to come… And now you know why I have a quiver every time I hit send…
In spite of my massive ineptness with anything to do with mail or advertising in general, we had a great time on the Fourth of July. It is so much fun to see everyone, and just have a day hanging out in the middle of Main Street. There were lots of customers all day, the weather was perfect and the day was a huge success. Mark your calender for next year, you can be a shopper or a vendor or...BOTH!!This is Carol Curtis' booth, she is the most amazing artist. I have been collecting things she produces for over 2 decades!! There is the most incredible story behind all that, remind me when I have time to tell you!! 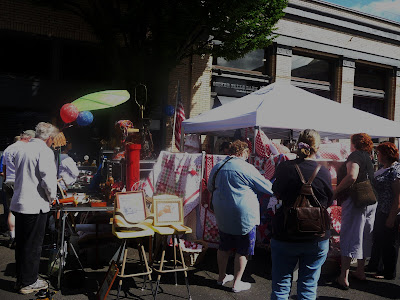 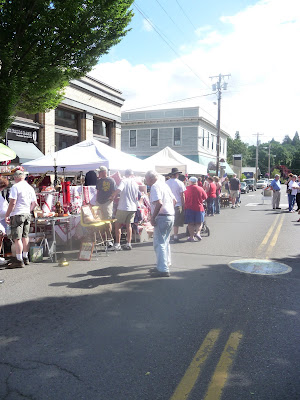 I wanted to take a minute to thank my super good friends, Lisa and Isabel for volunteering at 6am on July 4th to help me set up my booth and get organized!! So THANK YOU!! 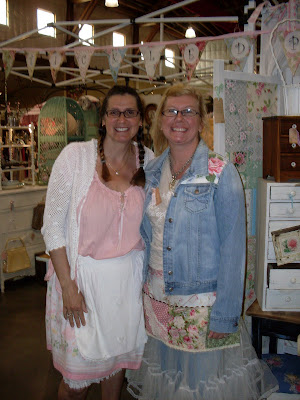 This is them at Farm Chicks, I forgot to take their picture on the 4th!

July 4th is also my anniversary, that would be 13 years! Bless Dave’s soul, can you imagine being him??
My sister Toni has an annual 4th of July party, which started 14 years ago when she hosted a “rehearsal” dinner for us (what was to rehearse, we had both been married before) but naturally we loved the party. The guest list varies a little from year to year and if you have ever been lucky enough to be invited, then you know what a great time we have!
We missed some of the main players (our big kids) who have been there from the beginning, (now they are living their own lives somewhere else) but never the less it was very nice. Here's a photo of the one's that didn't get away! 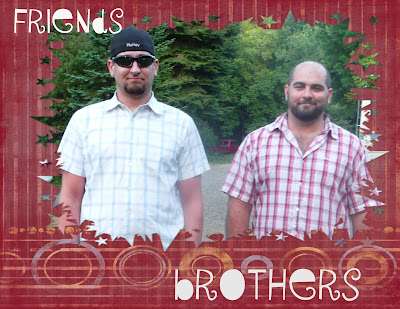 It was super fun to have Lilly, she came home with Honey (her grandmom, my sister Terri) while her mom (Krissi) was on her honeymoon. Sometimes Lilly is a dog, sometimes she is a kitty, 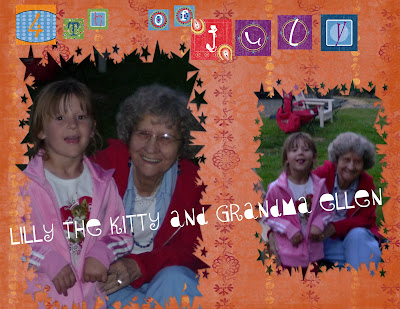 she is always a sweetie. Is it any stranger for Sam to be a Power Ranger than Lilly to be an animal?? I didn’t think so either, someone tell his brothers…
I brought the wild animals home with me on the 5th so we could have time with the cousins, they all love to dress up and have a good time. 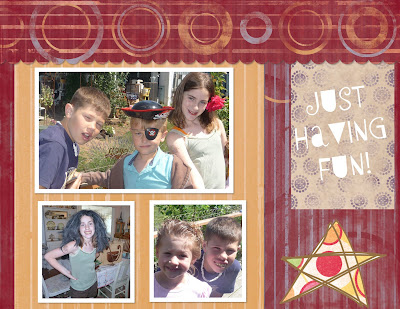 I’m always up for a good time, which is why I’m getting ready for expo, that is this weekend!! You know I don’t have to deliver until Thursday pm. You wonder why I have time to be doing a post? I am at the doctor with my dad. I love to bring my laptop, because I hate to just sit and this way I can spend all the time I want, looking at whatever, and know that I can’t be doing something else.
My dad hates to be late for anything, he is always VERY early. It makes him nervous to be late and have to hurry, (well I doubt he has ever been late in his almost 85 years), it makes him nervous when I’m late and he has to hurry. So he had a 2:40 appointment and we left the house a 9:30 am. It is an hour away… so I have lots of time on the computer. We also have lunch and sometimes breakfast, maybe even dinner...

I'm thinking this might be the sale where I go storming through the house, taking my favorite things! You know, the most wonderful that I am never, never going to sale... Oh me oh my, what a dilemma....