I Know I'm Going to Be Sorry 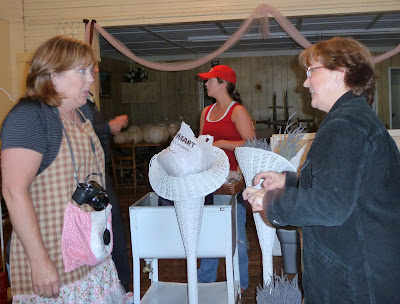 I think it is some where between excited and happy but could be a little nervous and scared... You have to wonder just what it is Karen is telling her?? Notice Karen (from the previous post showing her biceps) wearing long sleeves? Yeah she is the only one wearing long sleeves, probably shy about her extraordinary muscles... Looks like she might be working on her finger muscles, which is no doubt a good idea since her daughter Kimmy is getting married next August and she will need strong fingers for addressing the envelopes and writing checks!!

Here is the mother of the bride again, not all that sure, but kind of convinced that it will come together and even though we might not come across as the best wedding helpers, at least we are there and if nothing else we can be amusing, at least we think so.. 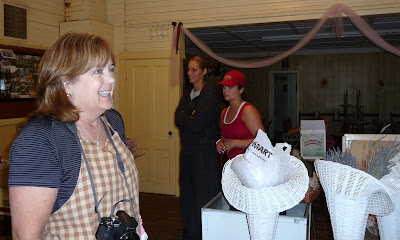 I have a few pictures of the decorations for the wedding, but same old excuse the battery was dead in my camera and where the heck was the charger? (Turns out it was in the back seat of the truck, of all places!)
No doubt there were lots of pictures and I will be so excited to share them.(When I get them.)

I did take a few photos while we were setting up and a couple during the wedding.

The wedding took place at the old Union Hills Grange. 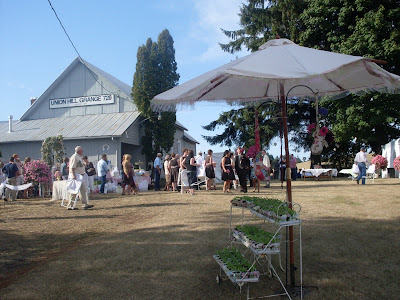 The grange sits in a grass seed field above the little farming town of Sublimity. 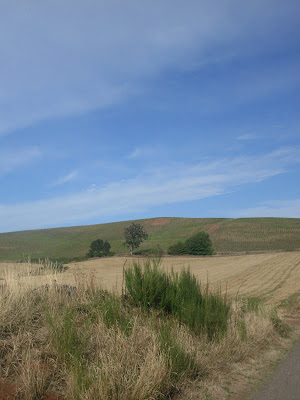 Just off the gravel road. Notice the charred field? The farmers have to burn when they can, no waiting for anything! I suppose we should be thankful their day to burn wasn't the day of the wedding... That just might have been worse than the rain we were so worried would ruin the day! 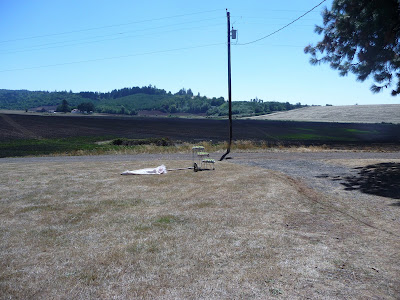 There were lots of helpers, before, during and after... I had the best time being part of the process. It was especially fun getting to work with Laurena. Wish I had a picture of her...(imagine photo of cute, smiling girl here)

Those little pots are filled with basil plants for favors. Any guesses what the couples last name is??? Yes, it's Basil! 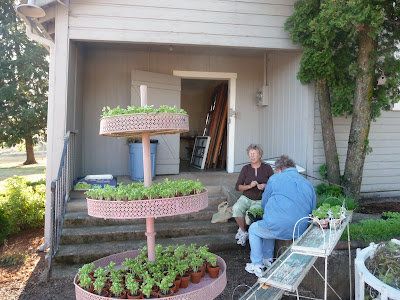 It just occurred to me that with the last name of Lamb, and 2 unmarried boys???

Oh my gosh, I guess we better plan on another wedding in a grass seed field!

Here is the tent getting raised. Mindy's uncle came from California with this tent, notice the clear top? It had it's advantages, shade wasn't one of them... It was nice and light, it gave the illusion of being outdoors, but with some cover from the elements. 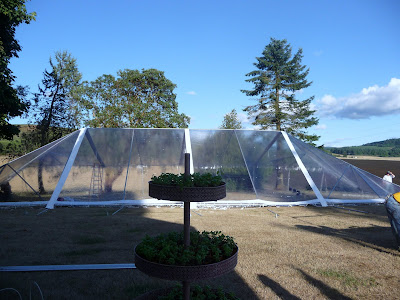 The baskets of petunias, loved the hot house effect. 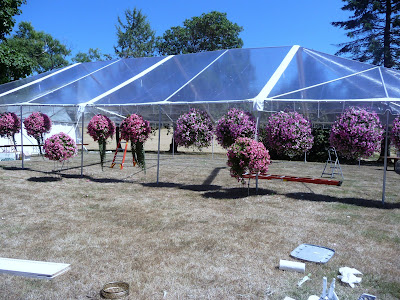 When they were delivered that morning they were only tiny little seedlings. (Just kidding)
Two darling "glitter girls," why would they throw flowers when there was glitter? 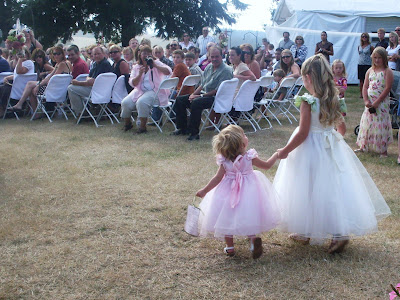 The gazebo decorated with hops and flowers. 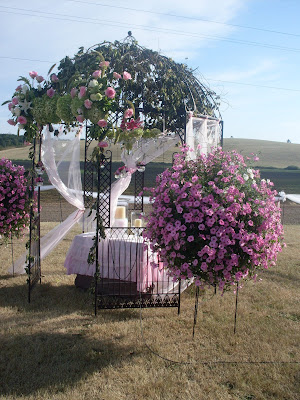 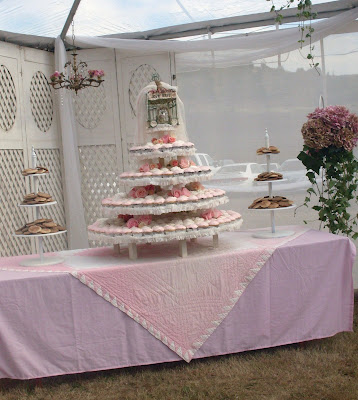 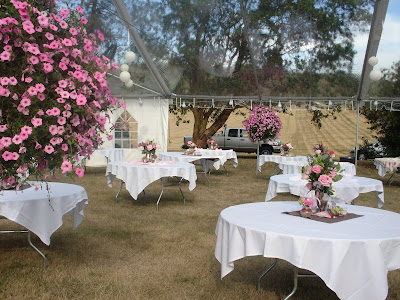 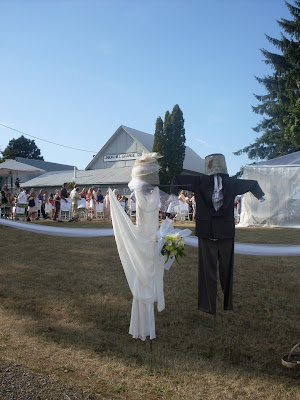 We moms want everything to be perfect for our babies every day, but especially on their wedding day. The only thing we couldn't get was the thing she would have most like to have and that was her dad to be there with them. He was killed in a plane crash about 6 months ago. I know he would have been so proud of Mindy and of Pam, the way she just keeps going, as if her heart hasn't been shattered. 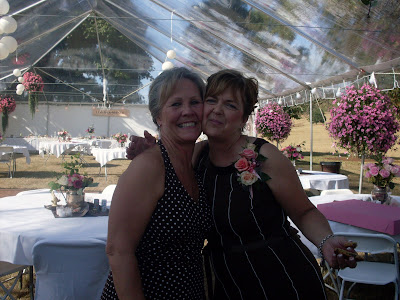 with a little help from 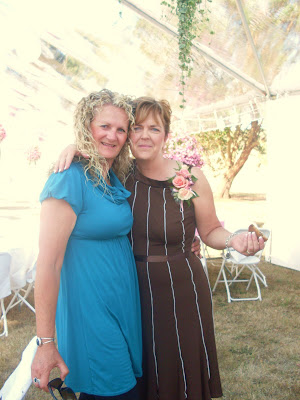 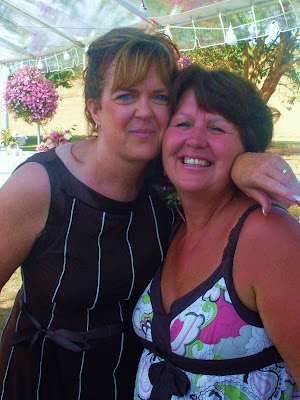