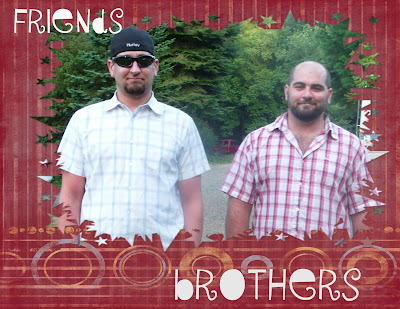 Okay, okay I know they are big, I know to you they don't look like babies. Well actually in the picture to me they don't look like babies either... But they are my first and second born babies, sure that was 26 and almost 24 years ago but seriously it feels like yesterday and I guess the day before, because anyone can see they aren't twins!
I guess I should start at the beginning, (no not their birth) last night when it was getting later and later and it was still over 100 degrees and getting dark and Dave still wasn't through doing whatever he does to make Dumbo a better RV... We were going to take all my treasures in the trailer and leave them at Molly Mo's (aka Diane's) for the show on Saturday. Just my little way of trying to be organized and early, for something different...That would have definitely made me first instead of last!!
Well, I had a great idea since the two big brothers were both going to be here this morning and nothing better to do than try and repay their mother for all the great things she has done for them in the past... Why couldn't they pull the trailer and bring Dumbo to the show for me?? It is only 15 miles and it was getting late and Dave still wasn't done and needs to sleep occasionally so he can get up before the chickens and make money, so I can do what ever it is I do....
And as everyone knows I am not going to pull the trailer with Dumbo!! One or the other would be enough to make me have a major anxiety attack but no way am I doing both, not to mention I do want these people (Dave and the boys) to feel needed..
And you do remember how long and wide the circus train is? 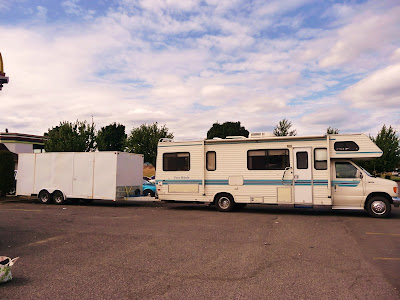 I was going to take the pink bike anyway, so I'm thinking maybe I could ride behind the circus train in case there was some kind of problem...I could wear a sign on my back that says WIDE LOAD, on second thought maybe not... 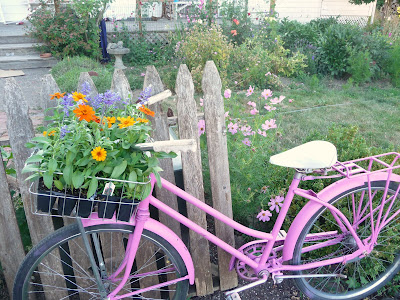 If I do, I need to raise the seat, because last time I rode this bike to the store with Sam, I thought my legs would surely fall off before I got home. I'm certain it was because the seat is so low and not that my legs aren't use to such abuse!!
I just wanted to let you know I would either be at the show, or some where along the way... 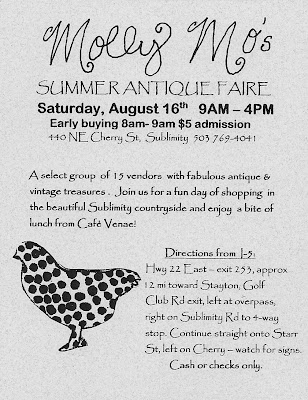 Hope you can come, it is suppose to be hot, hot, hot, but we have umbrellas for shade and lots of water so come on out! 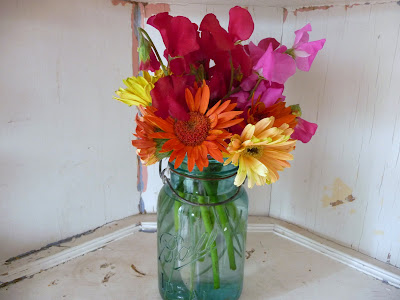 JOY!
P.S. You know I'm just kidding, these boys/ babies/ men can drive, who do you think taught them??
Posted by Auntie Joy at 5:31 AM