Can it really be 10 plus days since my last post??
Does that mean I didn't report back on the great morning I had downtown Silverton on the 4th?
Oh my, what fun! I helped put the vendors in their spots, (sneaking a quick peek at their wares) and hung out doing a few odd jobs getting the show started.
It was very, very fun to see other people who stay up late, get up early and start setting up, about the time the sun is coming up!
I was disappointed not to see all the customers who shop this show, since I had been there 4 hours before it started, I only stayed a short time after it opened and saw a few early shoppers. I had, had enough of a good time and went home to get a few things done.
This collage features my friend, Carol Curtis. She is truly one of the most talented people I have ever known, not to mention the nicest!
She also is possibly the most prolific artist I have ever met.
I wish I would have taken more pictures of her booth, if you haven't ever seen it you wouldn't believe what she accomplishes.
I'm not sure why I like her so much, since I feel like a complete slacker when I'm watching her unpack her hundreds of finished projects...
All tidy and organized just like I wish mine were... 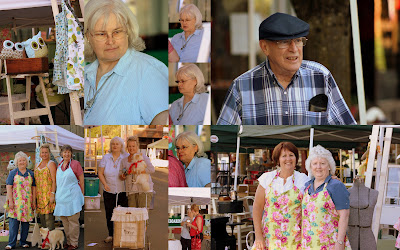 Naturally, I had to take something home with me and who could say no to one of this adorable aprons??
Phyllis and I chose the same one, and we each must have tried on a dozen!
I did have to hurry home since I needed to get things finished, tidy and organized to take to Portland Expo!
Well... I failed that, but got there all the same!!
Just a little late, as the gates were locking...
I blame Dave the Driver and the traffic! 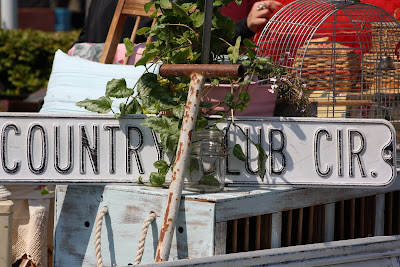 These girls don't look stressed!
That is Diane (Molly Mo's) on the left, her daughter Kara in the center and Julie (Kindred Roses) on the right. 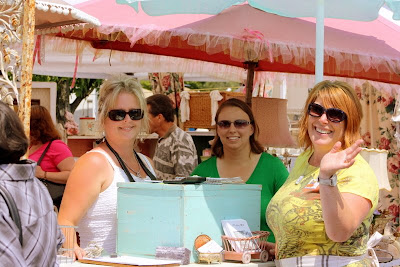 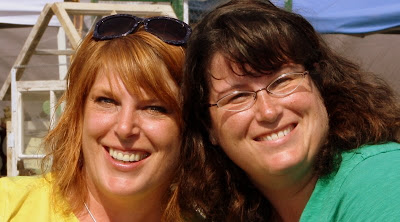 Do you recognize Sue? (Bella Shabby)
She is a vendor this coming weekend
Saturday, July 18th at the Barn House Flea Market, so am I...
She doesn't look stressed. 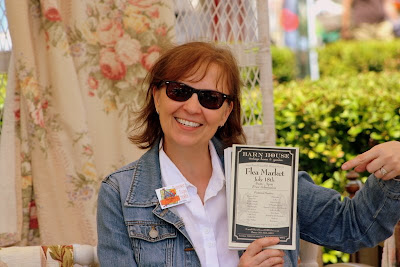 Where is your booth Sue? 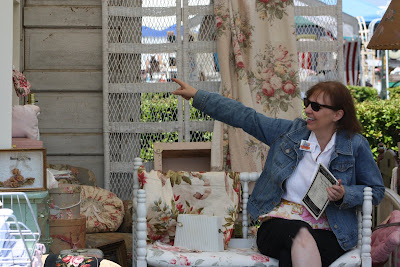 Inside??
Where the air conditioning is keeping it so cool you come out wearing a jacket in 85+ degrees??
Oh... maybe that is why your not stressed???
Isabel (Maison Douce) and I.
Julie took this picture before the rain started pouring...
We don't look stressed. 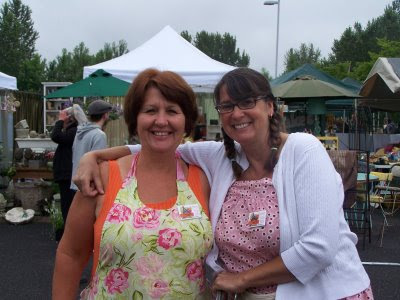 The epitome of not stressed... 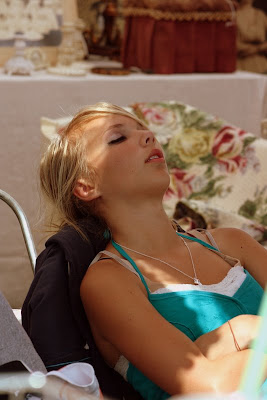 Sometimes adults will aggravate their children... 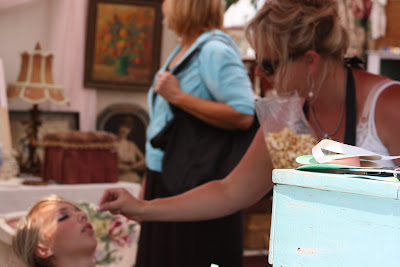 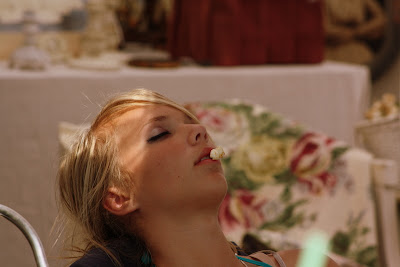 Because they can?? Or because it's fun?
Probably the same reason children aggravate adults...
If there are no children around.
Take some advice... 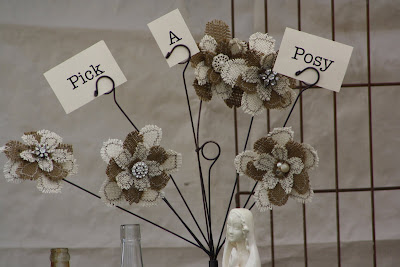