The Making of a Saint

This past weekend while I was at Expo, I was visiting with my friend Carrie. She was asking about Dave the Driver, I told her he was at the hospital having some metal taken out of his eye. (he is fine now) after I told her about our last trip in Dumbo, she said his name should be 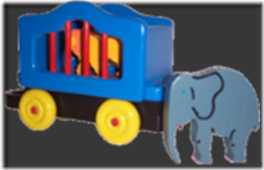 It is a lot more fun to pick on him than to elevate him,

but as today is his birthday and all… 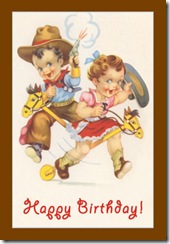 This is how that fateful day played out…

We left town a few hours later than preferred but, we still had a few things to pack in the trailer and I did a bit of shopping on the way, so it was a late start. (What’s new?)

For once I was sitting up front instead of lounging on the bed in the back.

(Just in case you are new to this blog, Dave is my husband, Dumbo is the rv and the trailer behind is 20 feet. 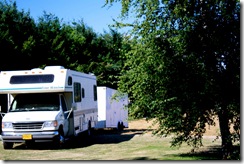 We were going down the freeway and I noticed that we were going rather fast, so I ever so sweetly mentioned, “seems like you a going a little fast.” To which Dave so sweetly answered, “I’m just keeping up with the traffic.”

About that time there was a big loud pop and I said,

I could be accused of stating the obvious…

You know I was thinking, maybe you shouldn’t have been going so fast… I kept that to myself though.

It seemed like a 100 miles before we could pull off, but it wasn’t quite that far.

And this is where the story really gets good. 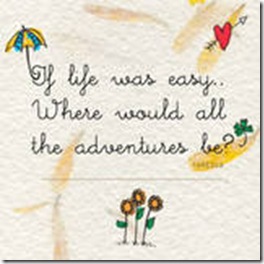 When Dave gets out to check the damage, it seems that the inside tire of Dumbo’s right rear tires, not only was flat, but also the tread had completely come off and made a BIG HOLE in the

aka the septic tank…

Now is when I’m so very glad,

“I don’t know a thing about changing tires…”

especially when the spare is located underneath the rv, right next to the dreaded

I turned the outside light on and pulled the shade, pretending I had no part in this roadside misadventure. Wondering when the police would show up and arrest us both for??

Who knows what kind of laws were broken?

“you know I’m telling who ever will listen that I told him he was going too fast!”

Evidently taking the inside tire off of a dual wheel is quite a challenge, in the dark and even less fun with the cold rain whipping. One must get under the rv and do some kind of magic to get the tire off, and then a different magic trick to put the yucky spare in it’s place.

Only once did I open the door to ask,

And that is why some may think Dave should be canonized. 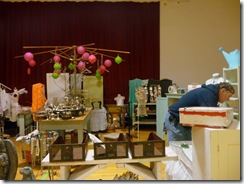 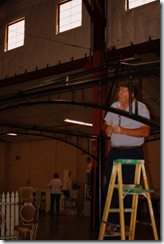 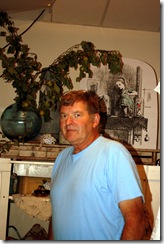 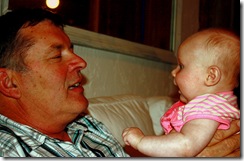 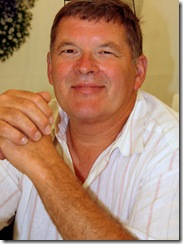