If this isn't the Truth

I'm getting pretty tired of looking at pictures of my house decorated for Christmas, 2 years ago. I will stop after this post and move on to other things. Part of the problem is the house is not 'photo ready' if you get what I mean. I will get on that, so I can take a few pictures. It would also be nice to get back out to the shop and make some kind of organization out of that mess.. Then I could show you what I have been making, besides a mess..

I love the picture of the chalk board. Vanessa, the girl that was helping me in the shop at the time drew that. I left it until after Christmas. It was of hard because we use the chalkboard all the time for messages. It has of course moved several times over the years, I have had it about 6 years. Sam loves to climb up on the table and draw.. mostly Power Rangers. He likes me to call him Rocky, that is the Red Power Ranger you know. 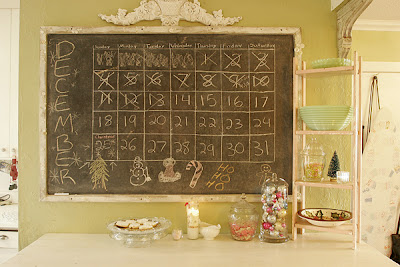 I should have been organizing the chaos that has taken over the house...What a disaster.
But no, I am playing 'working' with my new best friend HP the laptop. I don't need a lapdog I have a laptop!! What's more he doesn't have to be fed, cleaned up after, or walked. Now that's my kinda pet!


I was looking at some of the sites I always do and think I will just " surf" for a few minutes. Anyway you have to read this from Susan Branch's site. It is so true and I guess you just never, never know ...http://www.susanbranch.com/PancakeStory.html

I finally got my mailing list re-organized and ready to input into HP, I have been over these names so many times I have every one of them memorized!! I used an old list, cut the names apart and taped them onto a clean white sheet of paper. I left room to add names that I have gathered from more recent shows and sales. I crossed off names that have come back on postcards returned by the post office. It really is a huge task since its hard to know if people still want to be on the list, or if they have moved or whatever. I have found that even though it is a hassle, it is by far the best way for me to advertise.

I have wanted for sometime to be able to do some of the process with e-mails but until now it wasn't practical. Now that I have HP, watch out! Here I go.

Sounds so easy in theory. Get the names, e-mail address and off you go. Not that easy!! You have to push the right buttons and all that... I did get a new program at Costco that is suppose to be what I need.. Microsoft Office.. actually managed to install it, by myself.. found the program I needed ..well.. I tried for a couple of hours to figure out what I should do. So I think I better get a little coaching. I admit I am a little gun (computer) shy after the last episode I had with the mailing list. 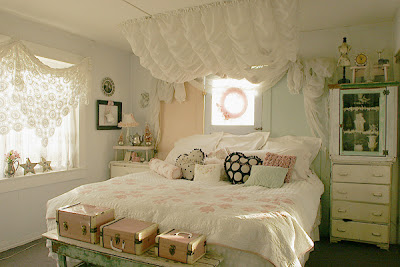 This picture is of the master bedroom. Which is now the guest room . Which is actually where Ty my 'original 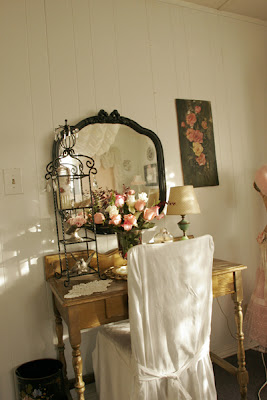 ' baby is sleeping. Tyson was the baby of the family for almost 15 years before Sam took his place in the birth order..Ty is actually still my baby, he will be 21 in less than 2 weeks... hard to believe.


Here is a shot of the other end of the bed room. Do you recognize the rose painting next to the mirror?


I decided a few years ago that I wanted the whole house to 'blend', that way I can move almost anything, anywhere in the house and it works with the rest of the room. That's also why I almost exclusively have things I would have in my house for sale in the shop. I'm sure you know about the revolving door...